14 Cannabis Edibles Recipes You Can Make At Home 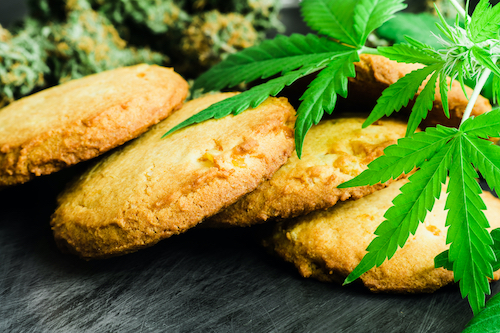 Let’s be honest. While pot brownies were great back in the 90s, they’re a little tired now. We’re living a new age of widespread marijuana legalization. It’s time we all started making our own weed edibles with a little more creativity.

While you’re throwing that old brownie recipe in the trash, you might as well toss out your preconceptions on how to make edibles. Guesswork, and a random ounce of mystery flower dumped in a pan of butter also belongs in the dark ages. These days, we measure. We decarboxylate. We tinker with our dosage.

Any weed recipe worth its salt must start with a good foundation. Whatever vehicle you’re using for infusing cannabis — whether it’s cannaoil or cannabutter — that’s what will make or break your edible recipe.

(Note: Looking to make CBD edibles? Just substitute it for THC in any edible recipe.)

Let’s Break Down the Basics

It’s probably the most common way to integrate cannabis into edibles, particularly baked goods. It’s also very simple to make. Learn how to make cannabutter with this no-muss no-fuss recipe.

Another, incredibly easy basic is cannaoil. It’s also really useful to have around for mixing into meal-type recipes, like pasta, salad dressing, condiments, or even a meat marinade. You can also put it in salves, smoothies, or even into capsule form. This recipe works for THC or CBD infusions, just use your preferred cannabinoid.

Making tincture is a process that’s a bit more involved, but worth it. You need a solvent, like high proof alcohol (like Everclear). Because of that, the process is highly flammable. That’s why it’s so important to be really careful when you’re making it, avoid open flame or smoking anywhere near your extraction operation.

Before you get started making cannabis sugar, you’ll need to have some cannabis tincture on hand. You can use tincture you’ve made yourself or store bought. It requires a little more time, since your sugar will need to sit overnight.

Learning how to make vegan weed butter is pretty much the same as regular ole cannabis butter. Except, instead you’ll use vegan butter and some soy lecithin. Pretty simple.

Coconut oil is often the preferred oil for cannabis infusions, because of its high fat content. It’s also a lot healthier than canola oil or butter. Not only is cannabis coconut oil a great option for making edibles, it’s also a useful ingredient for homemade, weed-infused skincare products.

Now, Here’s How to Make Some Cannabis Edibles

Without further ado, let us introduce you to what will surely become some of your favorite cannabis edible recipes. Which one will you try first?

Put that tincture you just made to good use and make yourself some delightful little cannabis gummies, either THC or CBD. Your choice. They keep well and you can have some fun getting creative with your flavors.

If you’re still insisting on making those pot brownies (we won’t judge you), consider drizzling them in some cannabis caramel sauce. You could also mix use this sauce in a latte, make caramel apples, or pour it over ice cream.

As if Cheetos weren’t addicting already. You’ll need to turn your cannabis oil into powder — nothing a little maltodextrin can’t handle. Give yourself the munchies and satisfy them in one fell swoop.

Trust us, once you’ve tried coconut vanilla cannabis honey, you won’t go back to normal, regular, not-cannabis honey. If you’re interested in making CBD oil, just substitute your homemade CBD oil or you can also use store-bought.

Sugar cookies are a great choice for any occasion, or no occasion at all. Planning for a holiday party with your friends? Get out your cookie cutter and get ready to whip up some whimsical christmas tree weed-infused cookies, or maybe some leaf-shaped edibles for Thanksgiving.

Eat this bad boy by itself or use it to make those epic pot brownies you won’t stop talking about. Either way, this recipe is one of those classics you’ll find yourself reaching for again and again.

Magic waffles, anyone? Just like every recipe you see here, this syrup can be THC or CBD depending on your preference. It’s another way to use that cannabis sugar you had so much fun making.

Making hard candy isn’t as hard as it might look. In fact, it’s super easy. Once you have yourself a batch of cannabis tincture to play with, find a lollipop mold and get crackin’. This is another one of those cannabis edibles recipes where you can get inventive with flavoring.

Thought lasagna was already perfect? You haven’t lived until you’ve tried it infused with marijuana. Pop open that mason jar of cannabutter and don’t be shy. Just be careful that you don’t eat the whole pan.

Didn’t know you could make your own gum? Well, you can, and while you’re at it, you might as well put some weed in it. You can also try making CBD bubblegum for a steady dose of anxiety-easing cannabinoids throughout the day.

This is another one of those things that’s good by itself, but hey, why not improve it a little? The below recipe gives you the essential how-to. Once you’ve mastered the basics, here are some even more delicious weed ice cream recipes. Don’t want the hassle of making ice cream? Infuse a pint of Ben and Jerry’s.

These are probably the most popular edible at the moment, since each adorable little bear contains non-psychoactive cannabinoids that will ease stress and lift your spirits. You can use your own CBD oil or infuse your bears with a store-bought tincture.

Start your morning off right! There’s not a whole lot to this recipe. Just grab your cannabis coconut oil off the shelf and add a tablespoon to some fresh made coffee. Don’t want oil in your coffee? Try using some tincture instead.

Seeing a trend by now? You can make cannabis edibles with anything, really, once you know the basics. This recipe calls for cannabis oil, and it just might keep you munching until it’s gone. Canna-guac is good for dipping at parties, backyard barbecues or dolloped over the top of a carne asada burrito. 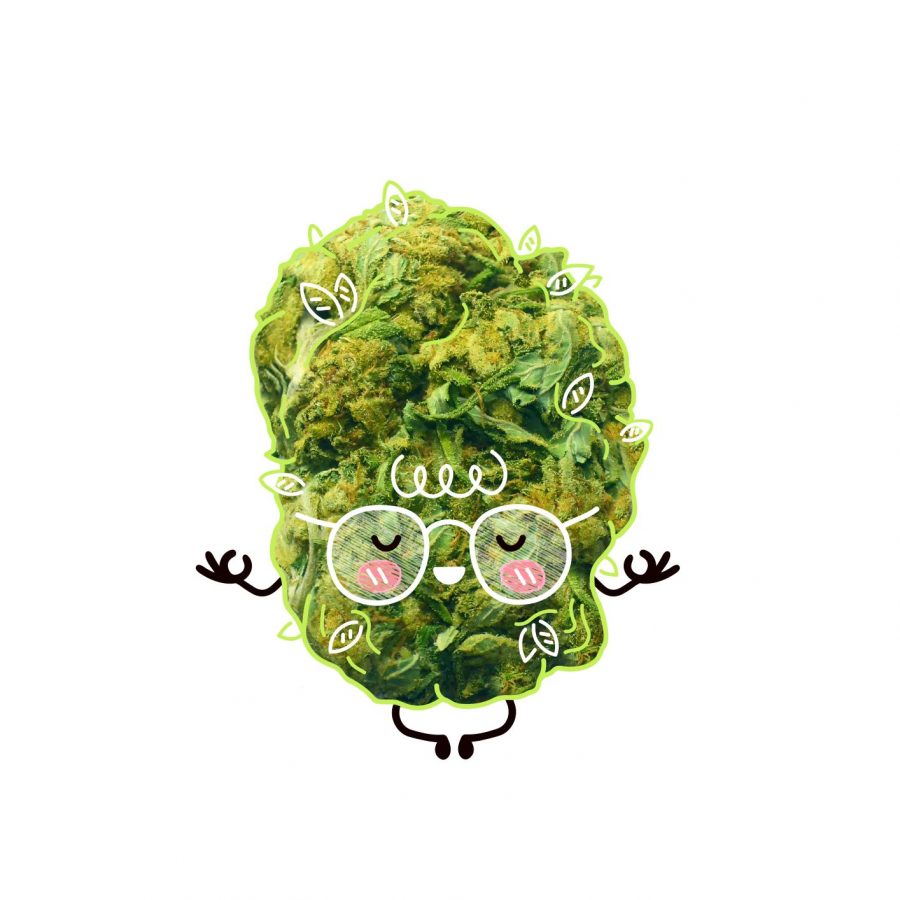 Why Marijuana and Meditation Works